What Cereals Are Safe For Babies? 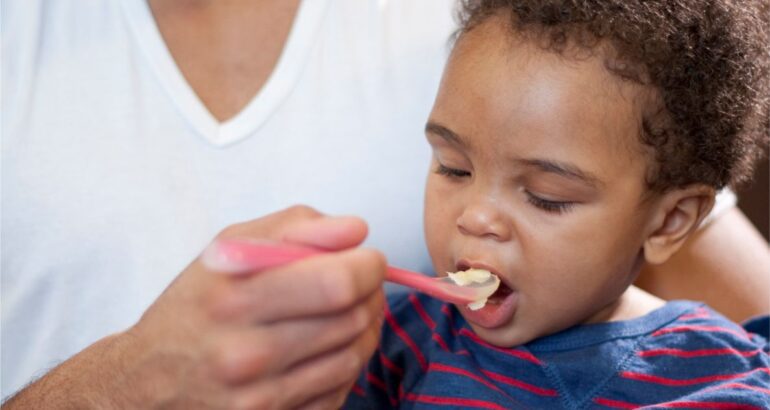 A few days ago, we stumbled on a disturbing question asked by a parent on Twitter. He wanted to know if Golden Morn was okay for a 7-month baby. It was quite shocking and our simple answer was “No” but we believe parents should really know why some cereals aren’t safe for babies.

What is Infant Cereal?

Infant cereal is usually a formula made from grains and other supplements processed for infant consumption. It is specially manufactured to meet the nutritional requirements of infants before the introduction of appropriate feeding or before they begin to eat food meant for older children.

What is the difference?

Most individuals erroneously think that that all cereals are the same so they feed their babies any type they find in the market. No, they’re quite different and we might have to mention some technical stuff in order to explain the difference.

One of the major differences between these cereals is the process of hydrolysis. For most Infant cereals, hydrolysis is a key processing process but it isn’t necessary for other family cereals. Hydrolysis makes it easy for baby foods to be digested because the internal organs of babies aren’t yet strong enough to digest some food substances.

Babies produce a small amount of salivary amylase—an enzyme that helps digest grains—because of their under-developed organs and they produce almost no pancreatic amylase until after their molars are developed. The digestive systems of most babies is not strong enough to handle grains, cereal, or wheat until they are older. When babies are fed cereals that didn’t go through hydrolysis, the complicated digestive process they’re incapable of can destroy their intestinal lining. Unhydrolysed cereal can also result in food allergies, loss of weight, vomiting, and irritation can occur in babies as well.

How to tell if a cereal is safe for infants

Infant cereal is usually described by manufacturers as easy to digest on their packs. They are specially designed to be suitable for babies when breast milk alone can no longer meet their nutritional demands.

Also, food manufacturers now indicate on each pack whether the cereal is for infants or older children.And it’s not just cereal, this is done for milk as well. For example, Complan, indicates on every pack that it is not to be fed to children below 3 years of age.

This is also why Nestle, the maker of Golden Morn have a warning clearly written on the pack: “GOLDEN MORN is not an infant cereal. Not suitable for children below 3 years of age”.

A lot of mothers, however, do not adhere strictly to this. Most babies have been lucky to go unhurt consuming substances too advanced for their internal organs, while some of their counterparts have not been so lucky.

In conclusion, there’s a need to be more observant when it comes to feeding our children. We must be more label aware and always ascertain that a packaged cereal or formula is suitable for infants before feeding it to them. Always read the nutritional information, not just for babies but even for you as well.