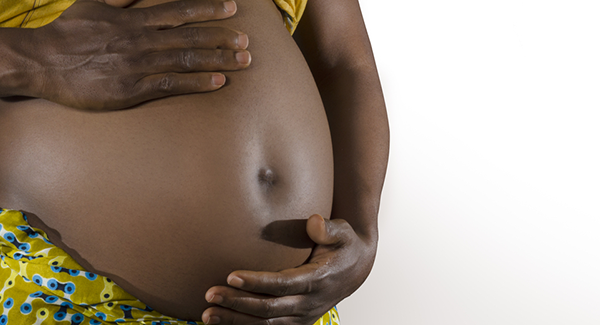 Many pregnant women have a lot of questions for their obstetrician-gynaecologists, especially if it’s their first. A significant change is happening in a woman’s body during this special period in her life. It’s no wonder they have so many questions.

Women want to know what’s safe for their future baby, and themselves. They strive to understand in what ways their lives can continue as normal, and what aspects need to be changed for the time being.

How will I even know if I’m pregnant? Is it only through missed periods and morning sickness?

The most common sign of pregnancy is a missing period, but you might also experience nausea, heartburn, constipation, tiredness, or breast tenderness.

These can occur within the first six to eight weeks of pregnancy.

What are the odds of a false positive or false negative on a pregnancy test?

At-home pregnancy tests work by detecting the hormone human chorionic gonadotropin (HCG) in your urine. That hormone is only released when you’re pregnant.

False negatives are far more common because many women test too early. All pregnancy tests are most accurate when you take them after a missed period. If you take one before a missed period, you’ll get less reliable results.

What if I have spotting during early pregnancy?

Many women who spot during early pregnancy assume they have had a miscarriage, but that isn’t always the case. In fact, approximately 30 percent of women will spot in the first trimester and go on to have a healthy pregnancy. If you do notice spotting, notify your doctor just in case.

4. Is it really that dangerous to get pregnant after 35?

Women are born with a fixed amount of eggs in their ovaries and, as they get older, they’re left with fewer eggs that are more likely to have genetic abnormalities. This is why a woman’s fertility decreases with age. This decline starts around age 30 and speeds up in the mid-30s.

When women get pregnant in their late 30s or 40s, there’s a higher risk for certain complications, including birth defects, miscarriage, stillbirth, multiple pregnancy (like twins or triplets). Also, older women have a higher risk of diabetes and high blood pressure in pregnancy.

This doesn’t mean that every person who gets pregnant after 35 will experience these problems. There are plenty of women around 35 or slightly older who have uncomplicated pregnancies.

Is it safe to exercise during pregnancy?

For regular healthy women who are having a low-risk pregnancy, exercise is actually recommended.

The Centres for Disease Control and Prevention recommends that pregnant women get 150 minutes of moderate-intensity aerobic exercise (like brisk walking) every week. That breaks down to 30 minutes, five times a week.

And those who haven’t been active — either in a while or ever — should take it slow. If you’ve not been to a gym in 10 years, [pregnancy] is not the time to start aggressive exercise. Instead, start with as little as five minutes of exercise daily, then work your way up from there.

When will I feel my baby move?

Your baby’s first movements (called “foetal quickening”) will usually occur between 18 and 22 weeks, though some women feel movement prior. Most women describe these movements as “flutters” or “bubbles.”Is it dangerous for me to sleep on my back while pregnant?

In the third trimester, when the uterus is its largest, major blood vessels on the back of the uterus can get compressed when a mom-to-be lies on her back. Some research suggests that the sleeping position is associated with stillbirth.

However, plenty of pregnant women end up sleeping on their backs at some point during the night and are still fine. So clearly, women who lie on their backs do not all wake up with dead babies.

Still, if you can sleep comfortably on your side do so as it’s considered the best. Doing so can also alleviate pregnancy-related back pain.

How do I know if I can have a vaginal birth?

Knowing whether you’ll have a vaginal or C-section delivery with your first baby is very hard to predict. Often times you and your doctor won’t know until you go into labour. Ultimately, you will have to trust your physician to make the best decision for you and your baby.

Will my vagina always be different after delivery?

The way your vagina recovers after delivery depends on how it was before you gave birth. People at a healthy weight with strong pelvic floor muscles are more likely to “bounce back”.

However, difficult deliveries, assisted deliveries (when doctors use a vacuum or forceps to help pull out a baby), and an episiotomy (an incision made just below the vaginal opening) can cause more vaginal trauma and longer recovery.

Pelvic floor exercises (also known as Kegels) can help the vagina and all your pelvic floor muscles rebound after birth.

Is it safe to be intimate with my husband during pregnancy?

It’s an important question because most women don’t want their intimate life to stop while they’re pregnant. And, in fact, they don’t have to stop it at all.

Despite common assumptions that intimate relations during pregnancy can cause miscarriage or hurt the baby in some way, specialists say that, in most cases, it’s perfectly safe to do it right until the last weeks of pregnancy. There are very few (and particular) instances where a doctor may advise a woman from engaging in intimate contact with her partner until the pregnancy is over.

Read also: The Avon HMO Guide To Living A Healthy Life In Naija